Many albums ready to stream:

Grassow is known as the king of the ambient drone.
Jim Brenholts, allmusic.com

What is emptiness, what is nothing? Again the question of the "correct" direction in life is asked. What's the point, what's wrong, what's right? Are concepts such as infinity, emptiness, nothing, time and transience relative, or fixed values ​​that we do not grasp, but merely interpret and put into formulas in order to understand a world that has long eluded our perception?
credits
released May 4, 2021

Many thanks to my personal inspiration and muse nature, my family and friends .... you know who you are......
Thanks to my wife Cornelia Kern for cover image and layout. 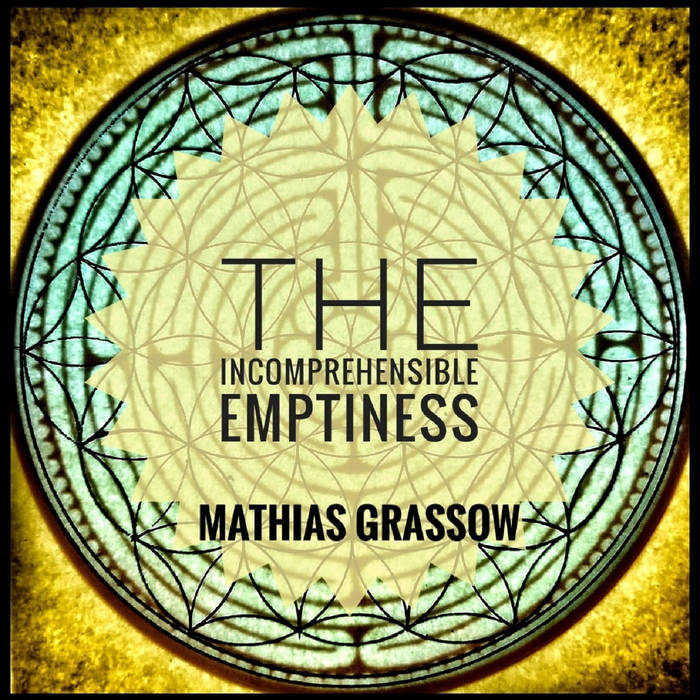 Part II of this series of deep relaxation music for a voluntary donation. A thank you to my loyal fans....... this series will be continued irregularly.
These albums are -- as always -- recorded in one run and can be used very well in sound therapy.... of course also suitable as background music for your own inner collection.
credits
released April 18, 2021

Thanks to Cornelia Kern for cover image and layout. 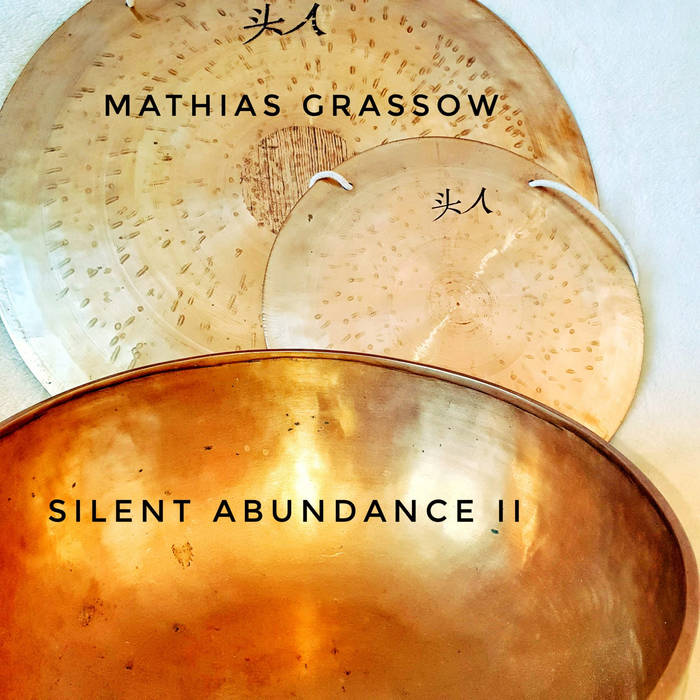 "The Ambassadors of spring"...... six musically depicted classical goddesses and messengers of spring, who proclaim light, growth and fertility.
Framed by two minimalist piano pieces, this work is an ode to the sun and the awakening of the nature.
credits
released April 2, 2021

Thanks to Cornelia Kern for cover images and layout. 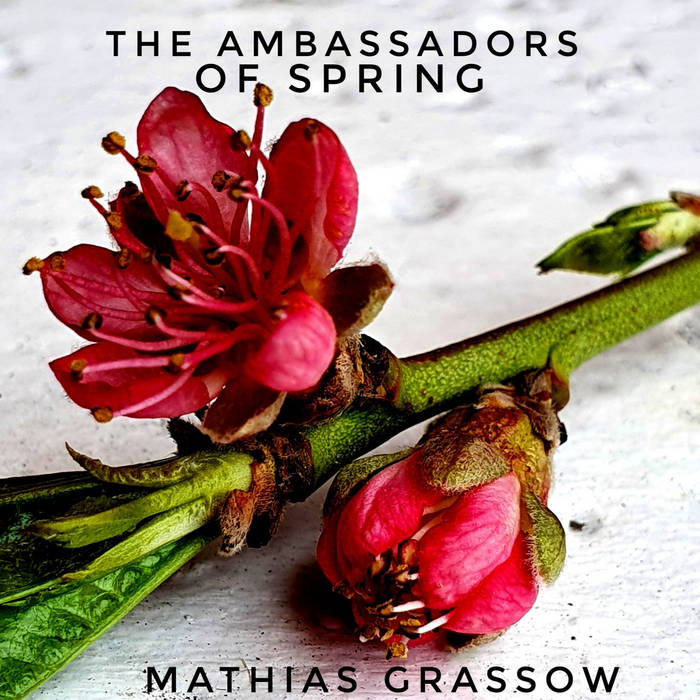 An album full of light, the conscious expansion of being and the transgression of the self-imposed limitations.
credits
released April 2, 2021 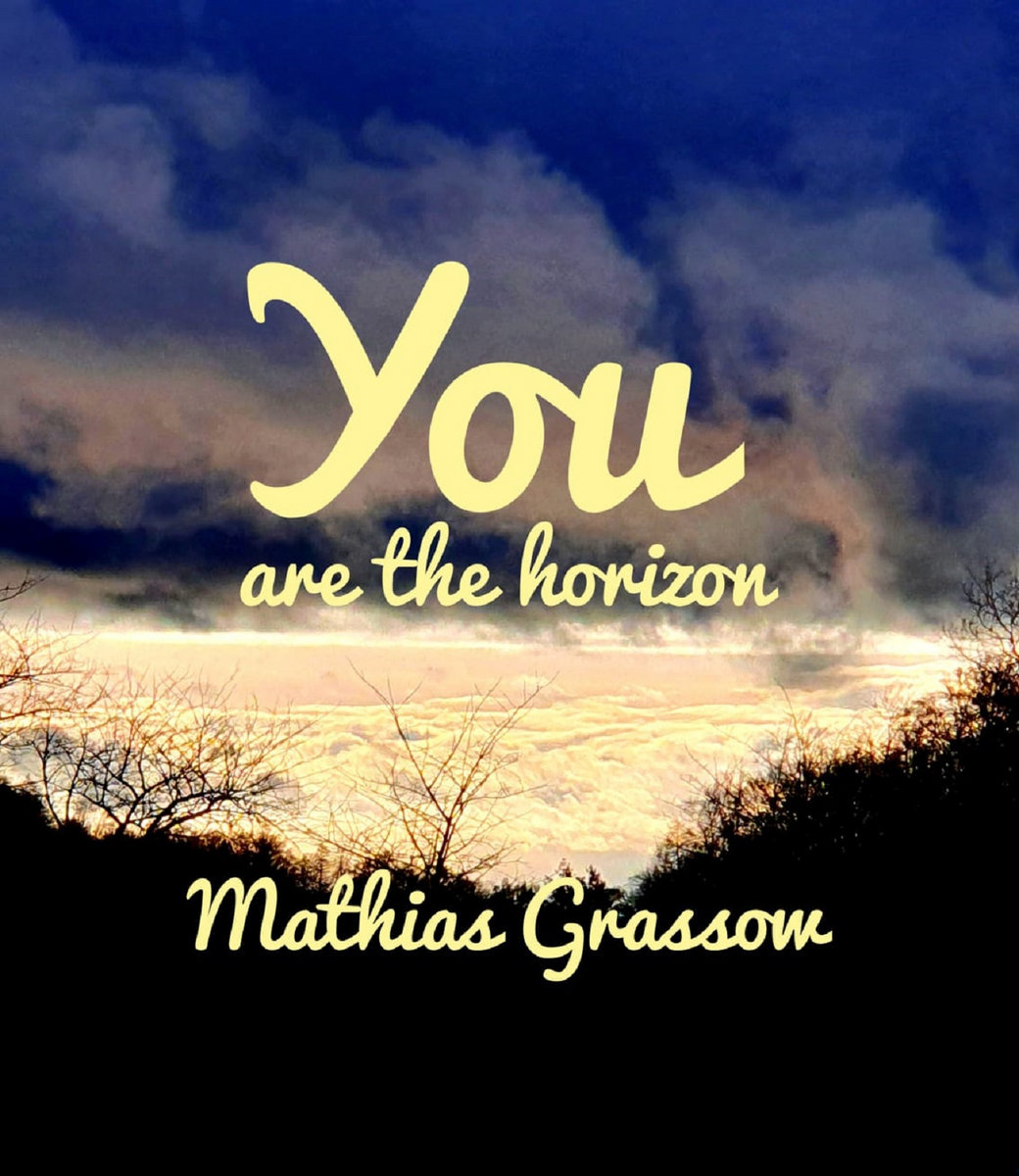 Another beautiful memory of the good old 80s. The pieces moved away from the "New Age" to the more individual "natural mysticism", Christian mysticism and Sufism. Good choice by LEV LEVIN , many thanks !
credits
released April 1, 2021

Thanks also to Lev Levin, who lovingly selects and restores the pieces of all archives. Thanks to Cornelia Kern for the step pictures and the layout. 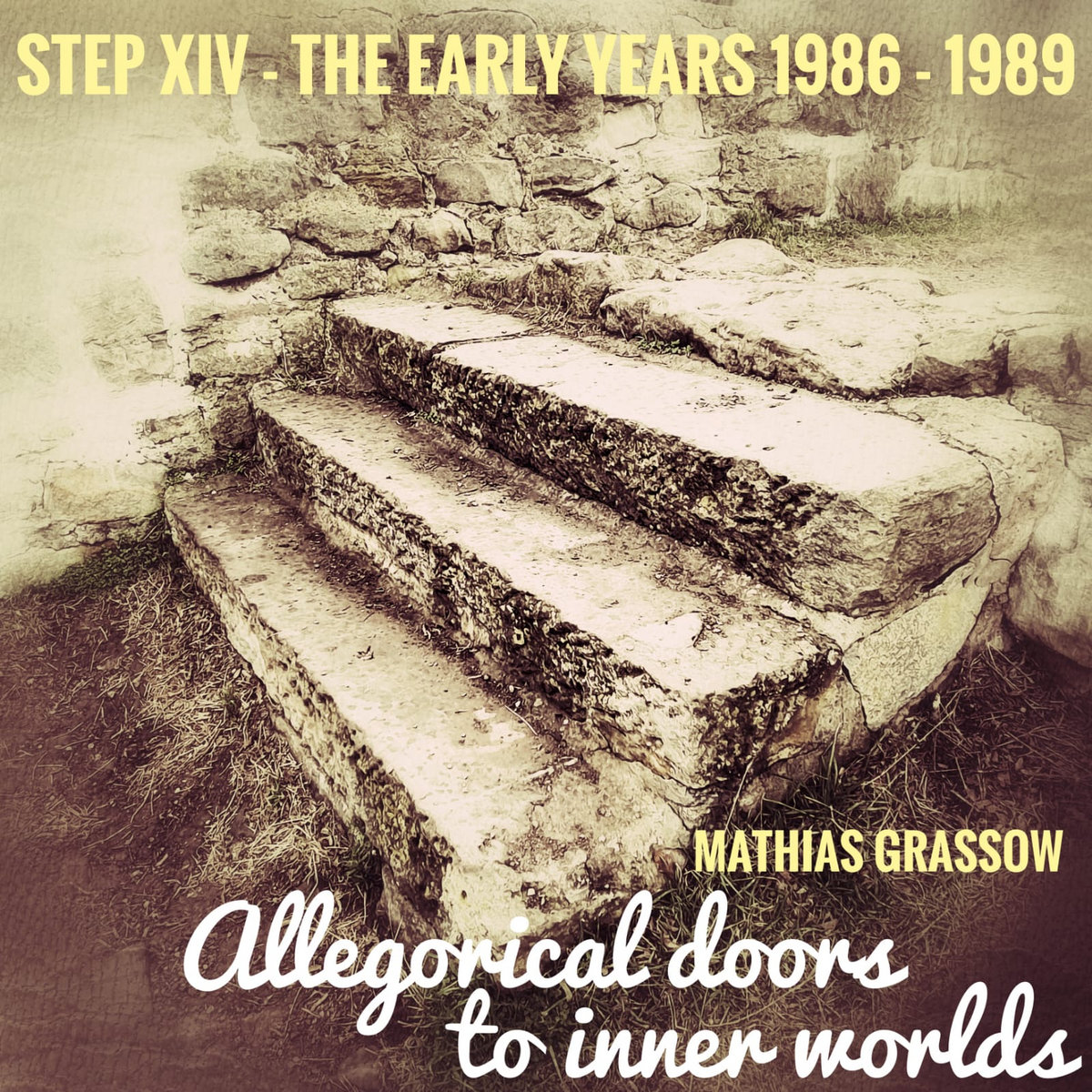 This album invites you to think and feel what we do to get care that we did not receive enough in childhood. Since nobody can fill this deficit, we take and act ruthlessly .....
This album may be very difficult again; the 47-minute central piece, however, is a journey that everyone can interpret for themselves. So we often decide for ourselves how light and dark encounter us .....
credits
released March 5, 2021

Thanks to some insights during the night of February 14th when recording this absolutely home live event.
Thanks to my wife Cornelia Kern for cover images and layout. 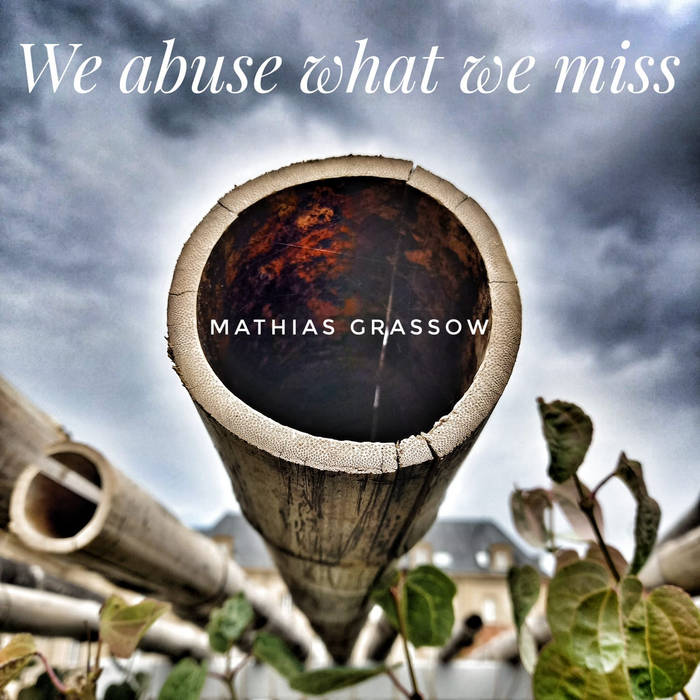 Now finally the continuation of the "Mystical rose project" in a special extended version......
"The flower of flowers as calyx and conception at the same time. The holy grail as the idea of ​​the womb and at the same time the source of life ......"

Inspired by the outstanding fan responses to the first album.
This series will continue with continued success - work is already underway on successors......
It is planned to release the complete "Rose Series" as CD's in a limited box. Negotiations are underway with a well-known label.....
credits
released March 5, 2021

Thanks to my wife Cornelia Kern for the idea, concept and cover design of this second part.
Dedicated to all women who have lost contact with themselves through patriarchy and are suppressed. 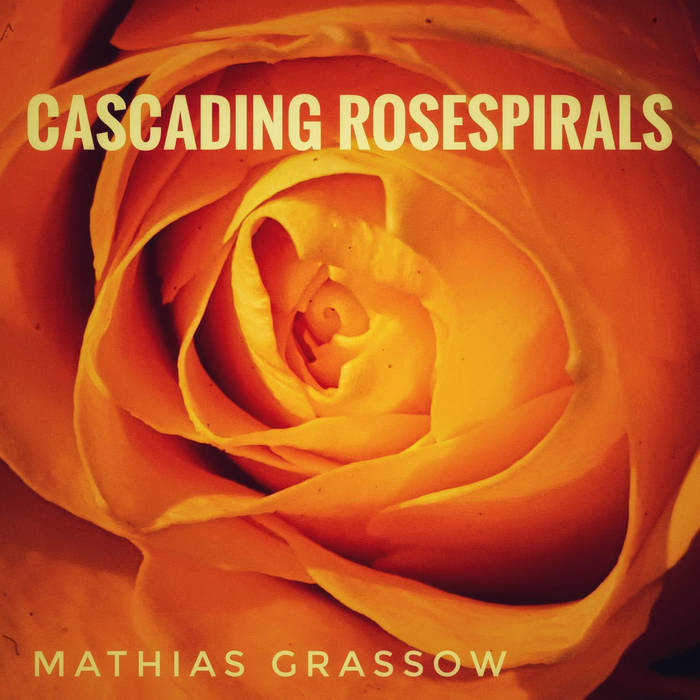 This is the start of a series, which I make available practically free of charge against a donation. These albums are -- as always -- recorded in one run and can be used very well in sound therapy.... of course also suitable as background music for your own inner collection.
credits
released March 2, 2021

Thanks to Cornelia Kern for cover image and layout. 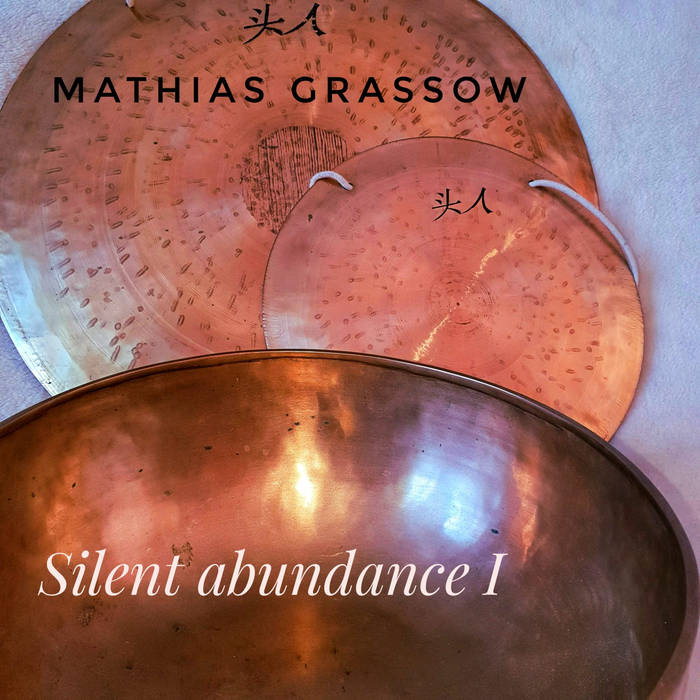 (2021) The shamans of science : Al​-​Shaman Chapter III - The twelve steps of Magnum Opus

This album is the third in a trilogy dealing with alchemy and shamanism. The possible connection is only intuitively recorded musically and should give the listener space to find his own interpretation, or to experience something completely different.
Part 3 "Al-Shaman - Chapter III : The twelve steps of Magnum Opus" stands for "finding the philosopher's stone", or "spiritual transformation", usually even after a catharsis.

And a third time many thanks to my wife Cornelia Kern for cover painting and layout. 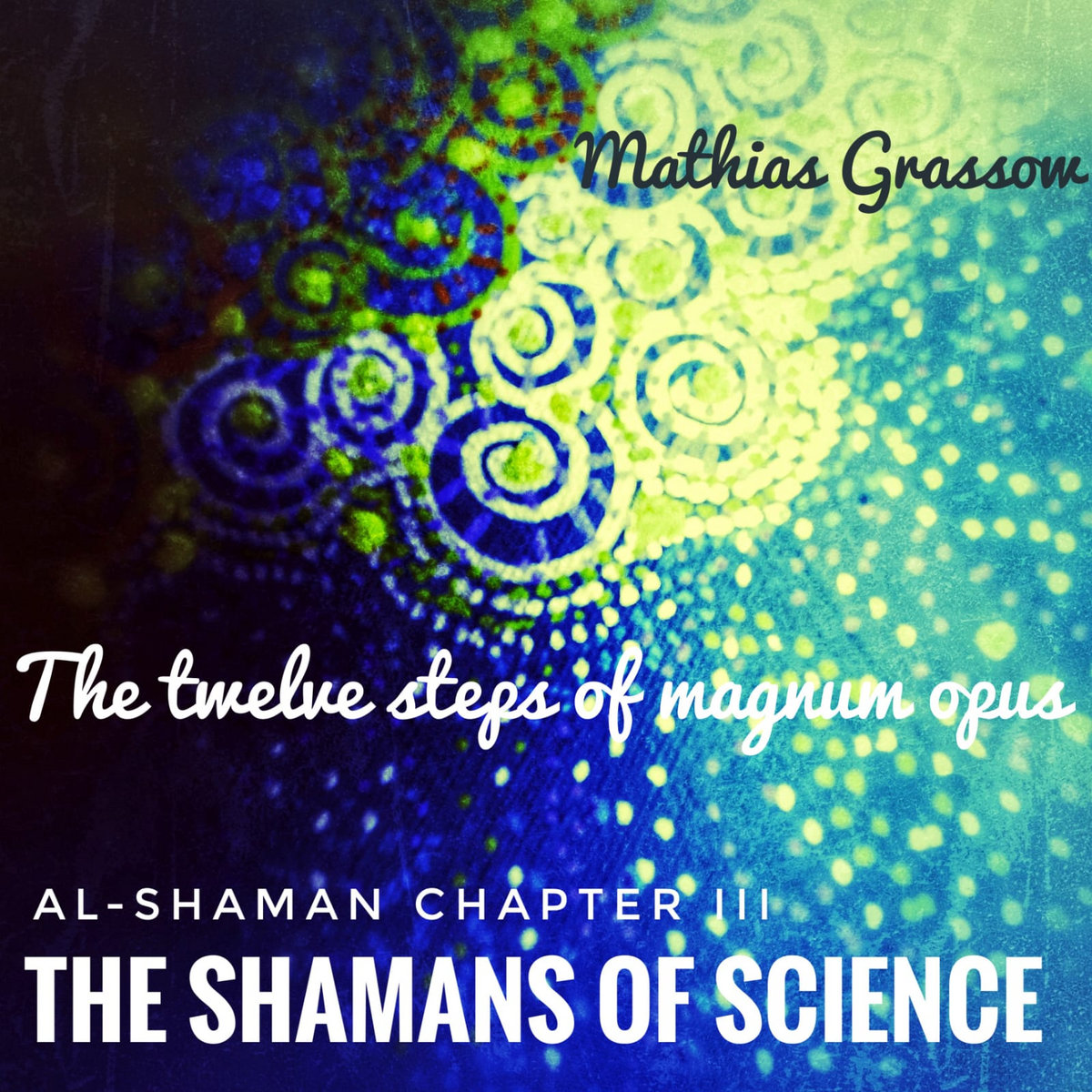 This album is the second in a trilogy dealing with alchemy and shamanism. The possible connection is only intuitively recorded musically and should give the listener space to find his own interpretation, or to experience something completely different.
Part 2 "Al-Shaman - Chapter II : Planets and metals" deals with the planets known a few 100 years ago and their assignment to metals. The central star is the earth.

Thanks again to my wife Cornelia Kern for cover painting and layout. 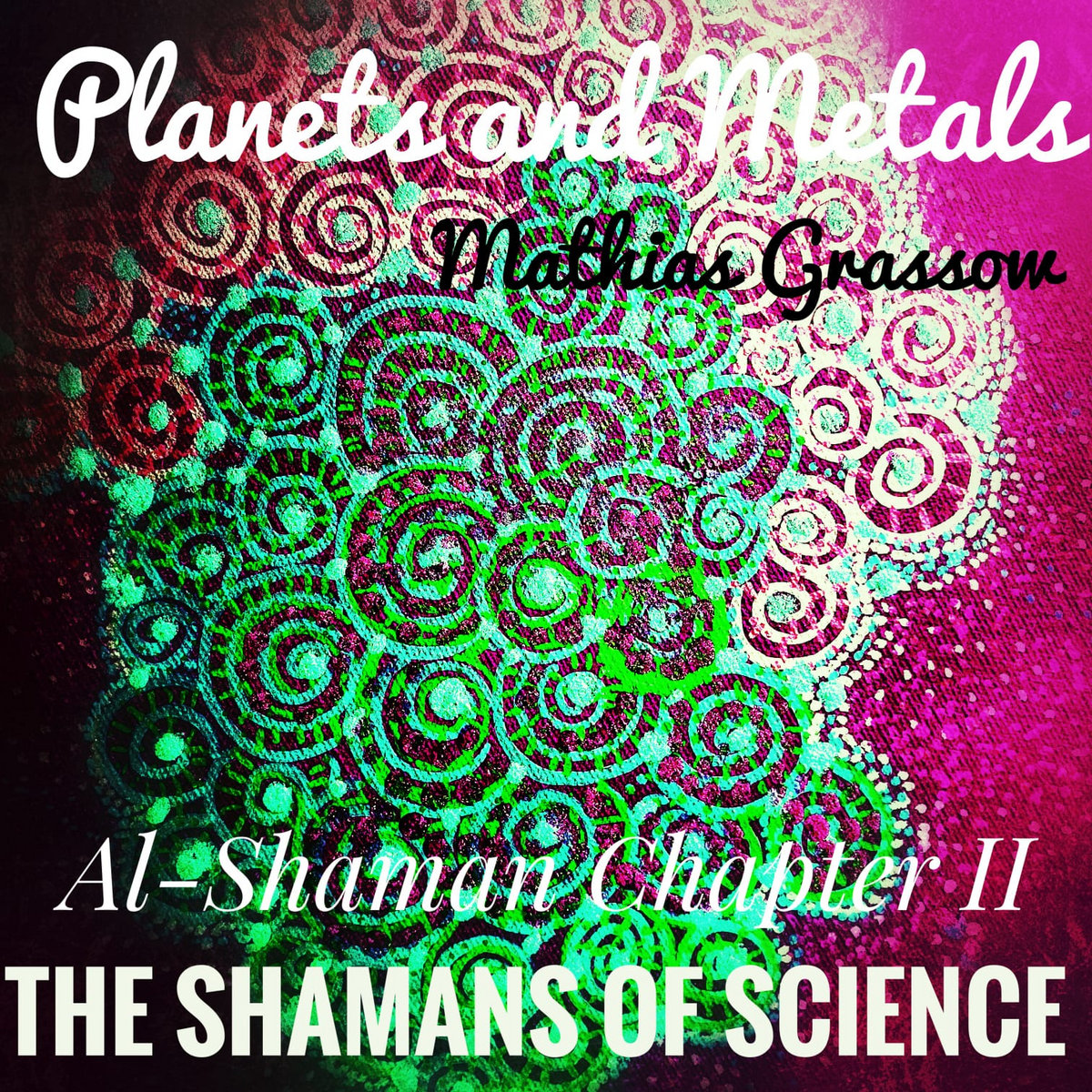 This album is the first in a trilogy dealing with alchemy and shamanism. The possible connection is only intuitively recorded musically and should give the listener space to find his own interpretation, or to experience something completely different.
Part 1 "Al-Shaman - Chapter I : Scripts and secrets" lists the old, well-known scripts - valuable documents that never reveal the whole secret.

Thanks as ususal to my wife Cornelia Kern for cover paintings and layout. 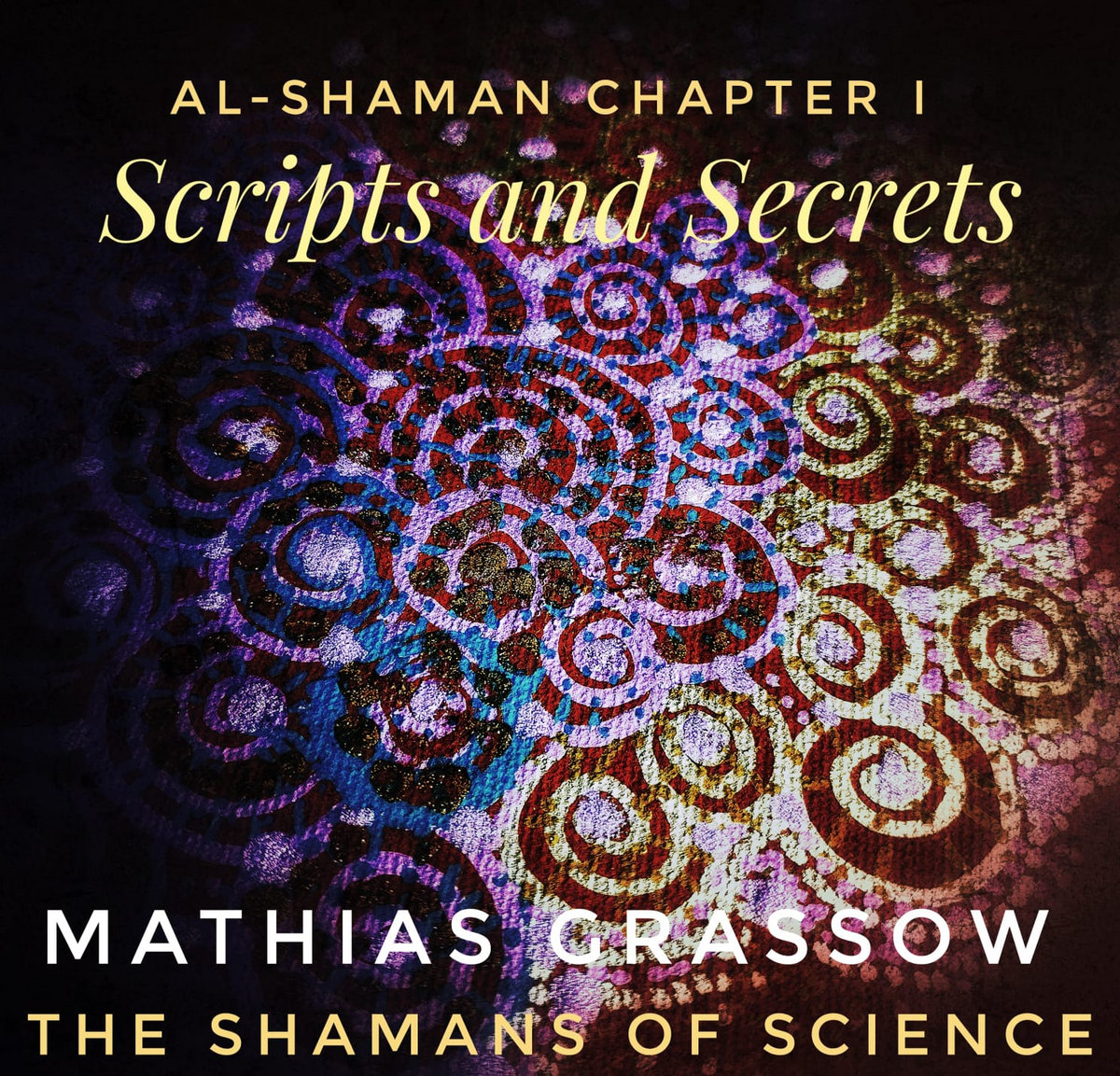 3rd album between both artists. OPALUS was made during several "live"-sessions at home in germany on 12th and 13th deember of 2016.
Compiled, mixed, designed and produced by John Haughm; mastering by Gus Elg in 2020.
This album was recorded totally live, without any overdubs.
credits
released December 12, 2020
Cover painting by Cornelia Kern, photography of both artists by Veleda Thorsson, art direction & design by John Haughm. 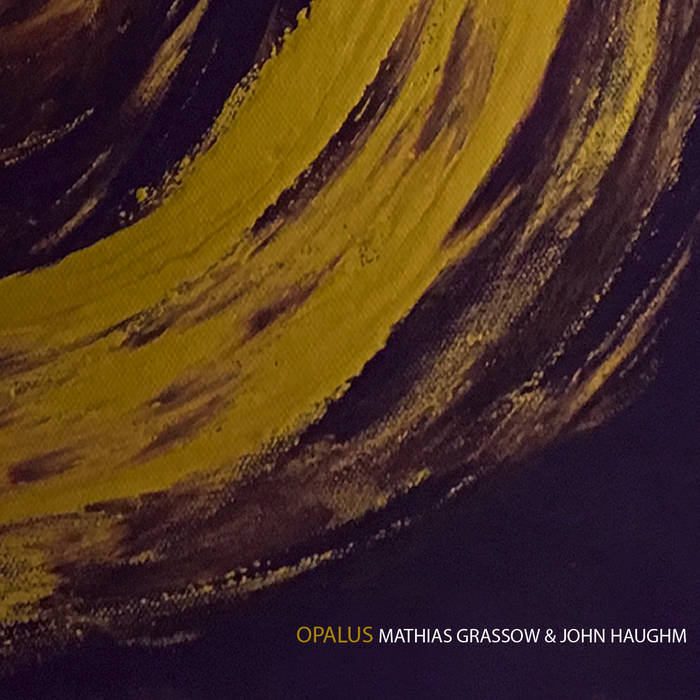 "The dreamquest sessions" was originally released as a CD-R in the late 90s. Ít is closely related to "The darklight quest" and especially "The nightquest sessions".
This edition has been slightly edited and features two framing chapters. It has also received a mastering touch by Anders Peterson of 'Ghost Sounds'.
I am extremely happy to finally be able to present the third, remixed and extended part as the end of this trilogy.

Many thanks to Johan Rehn for making this release possible !
Painting of "the dream" directly to one of the artists "shaman drums" by MG somewhere in between worlds....... 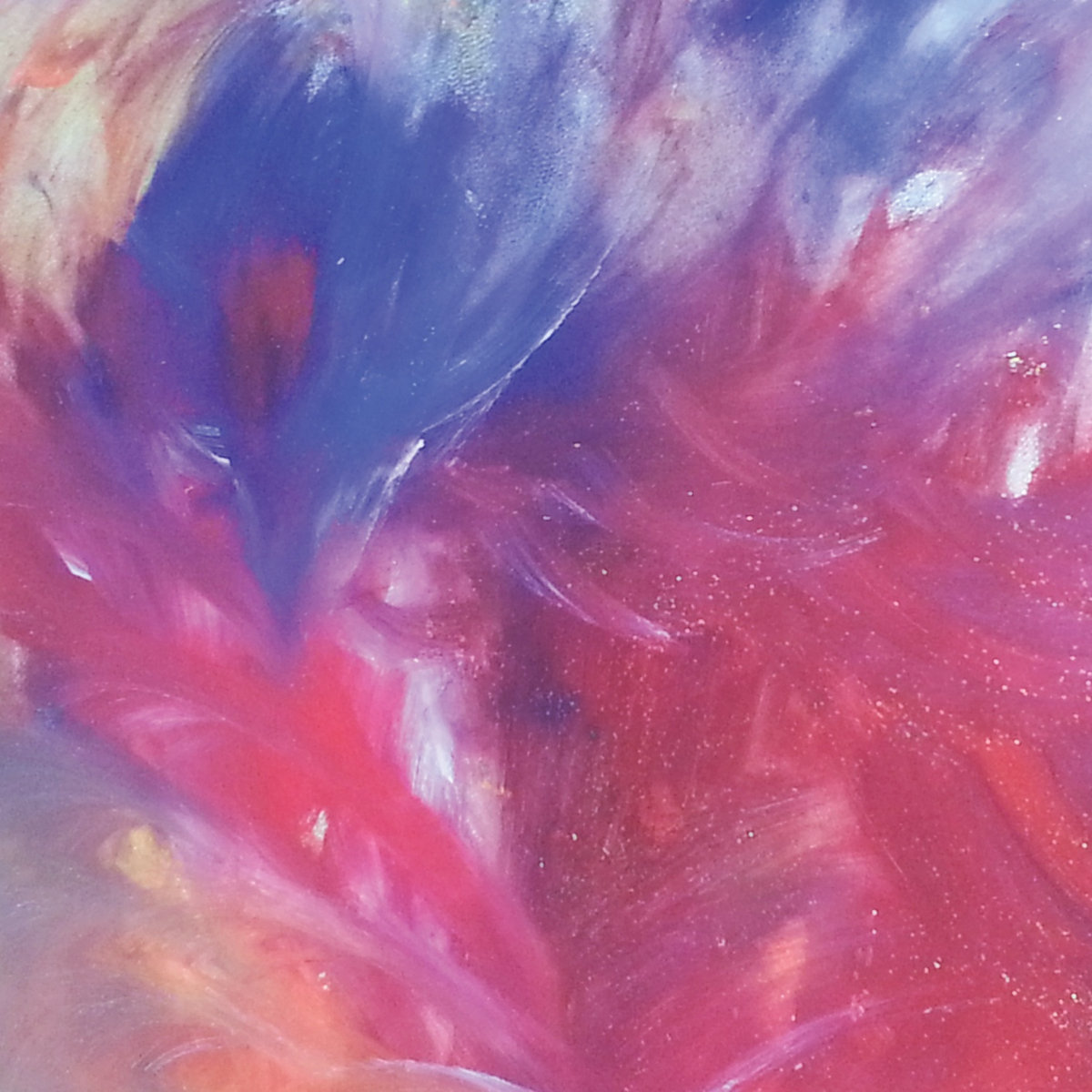 Based on singing bowls and drones, Advent is a collection of pieces that were created in the last few weeks of this year's Christmas season. The pieces do not necessarily represent Advent I-IV in exact this order, but can be interpreted by anyone.......Enjoy !

On this album the artist plays :

Thanks as usual to my wife Cornelia for cover image and layout. 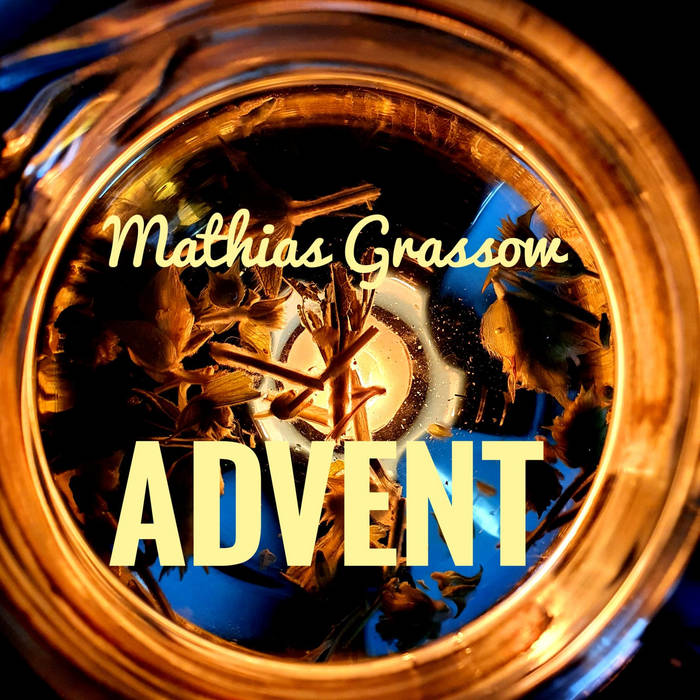 "Eleven virtues" is an idea, a collection of primarily knightly virtues from the late Middle Ages, which I intuitively assigned to these pieces. I chose these virtues because I liked them best; Especially in comparison with the cardinal virtues, the Prussian virtues etc.

Of course, opinions on the "most important" and contemporary virtues diverge. Accordingly, of course, every listener has their own scope to discover this for themselves here as well.

The order of the individual pieces and their titles is not to be understood as an increase in the virtues to be acquired, but rather intuitive and arbitrary. The recordings were made "live at home" in a continuous session.
credits
released December 4, 2020

Many thanks as usual to my beloved wife and "Aguilar" mate Cornelia Kern for cover layout and support.
Cover photo taken by Tara Bierwisch. 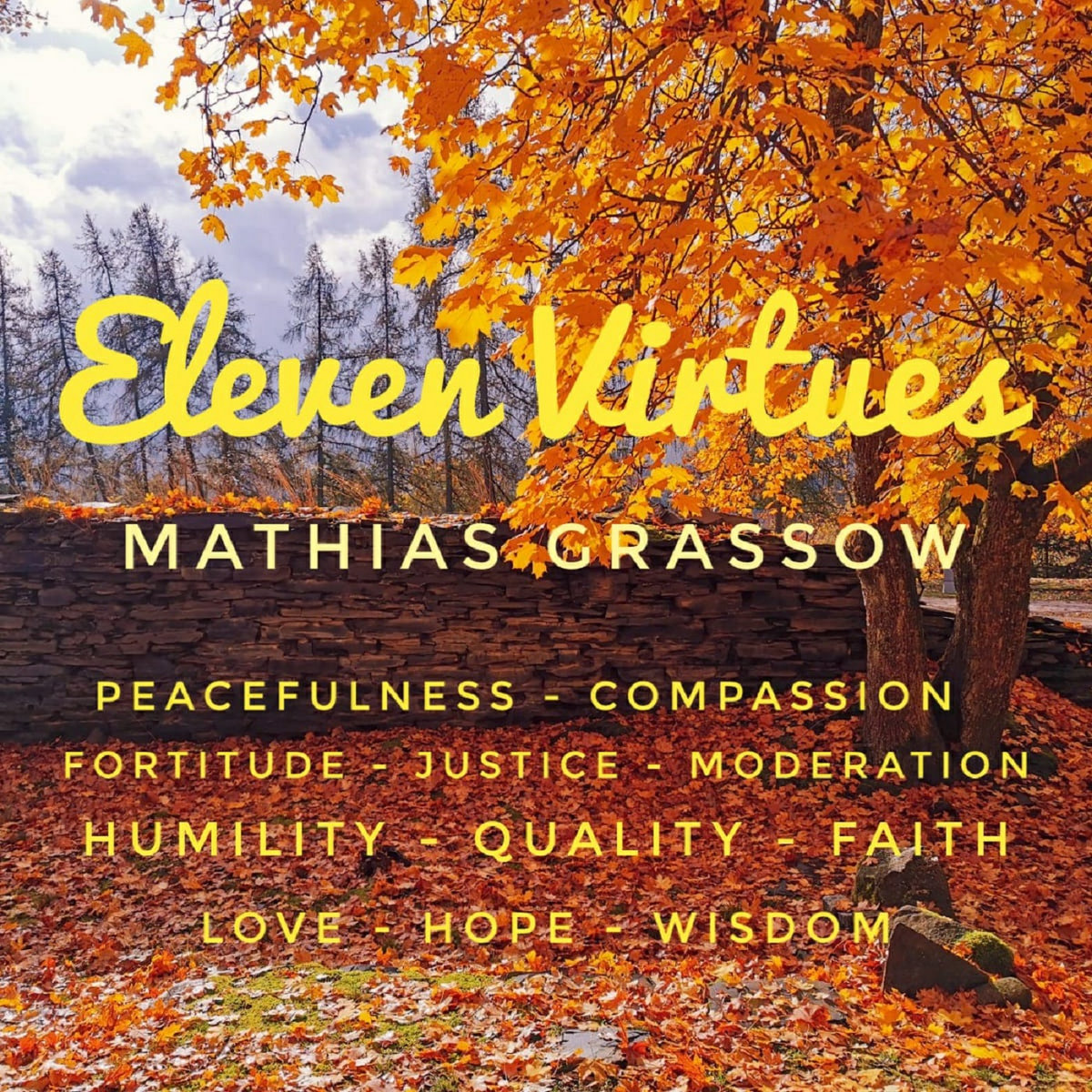 This more classic drone-album was created from 3 home sessions that year, from which this two hour selection was made. The current critical situation of our "green lungs" and the consequences of what has not wanted to be seen for decades is the concept of this work. The titles refer to the eight largest "primeval forests" on our planet.

Title explanation:
Yggdrasil, Old Norse Yggdrasill, also: world ash, is the name of an ash tree in Norse mythology that embodies the entire cosmos as a world tree.
released October 24, 2020
Many thanks as usual to my wife Cornelia Kern for Images and support. 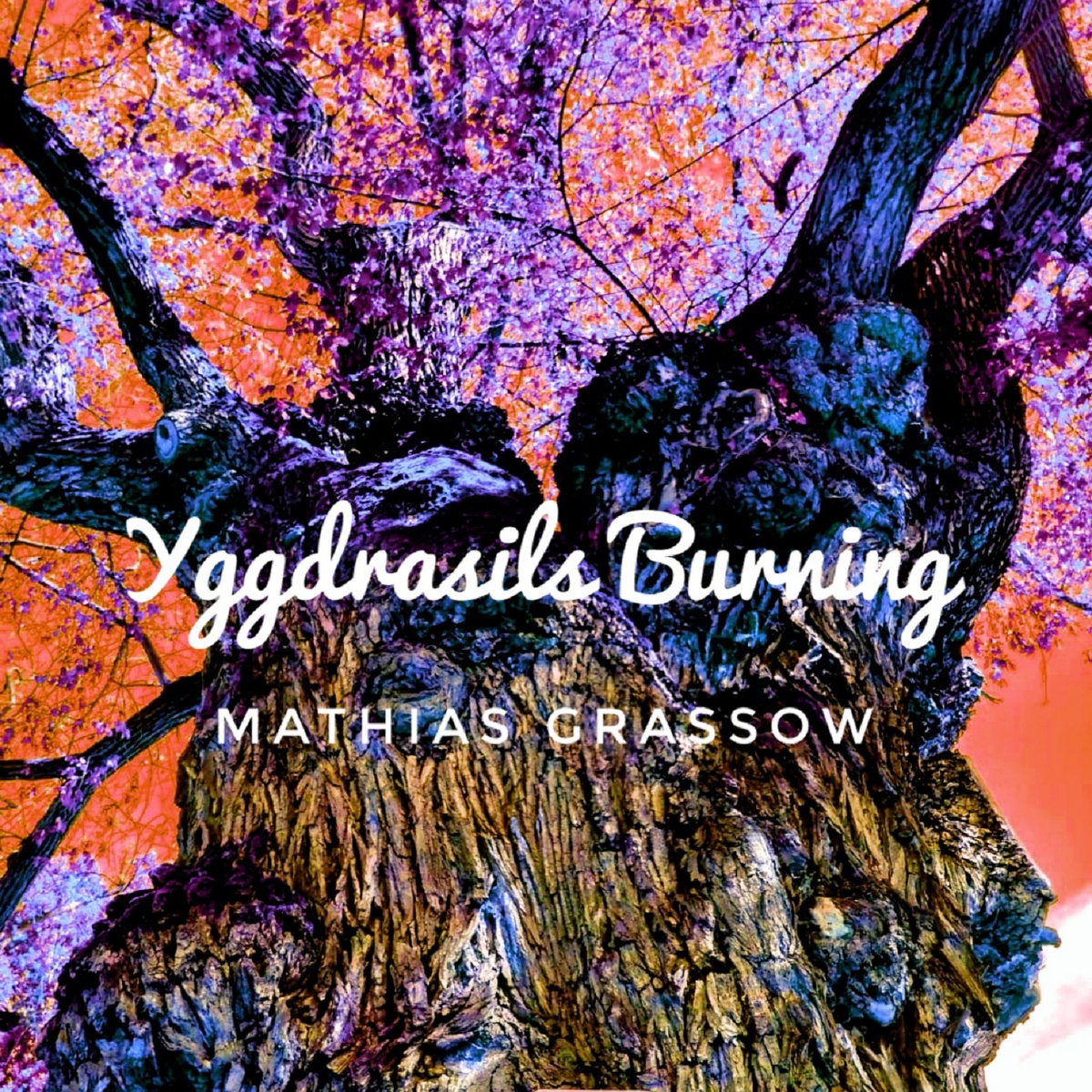 Salt is a symbol of health, vitality, success and happiness. It stands for consistency and incorruptibility. In the past, salt was weighed with gold and paid as a wage, and today you recognize a person's worth by giving them salt.....

"The salt of life" here stands for the essence of what we are here for; on the one hand individually, on the other hand in a spiritual context with the universe.
At the end of the resonance there is the great and unimaginable nothing, the sound of the inconceivable emptiness, which is at the same time permeated by abundance. Not comprehensible with the mind, but felt through this music - an idea ......
Pieces 1-3 are variations from "Europa - Part II"....... 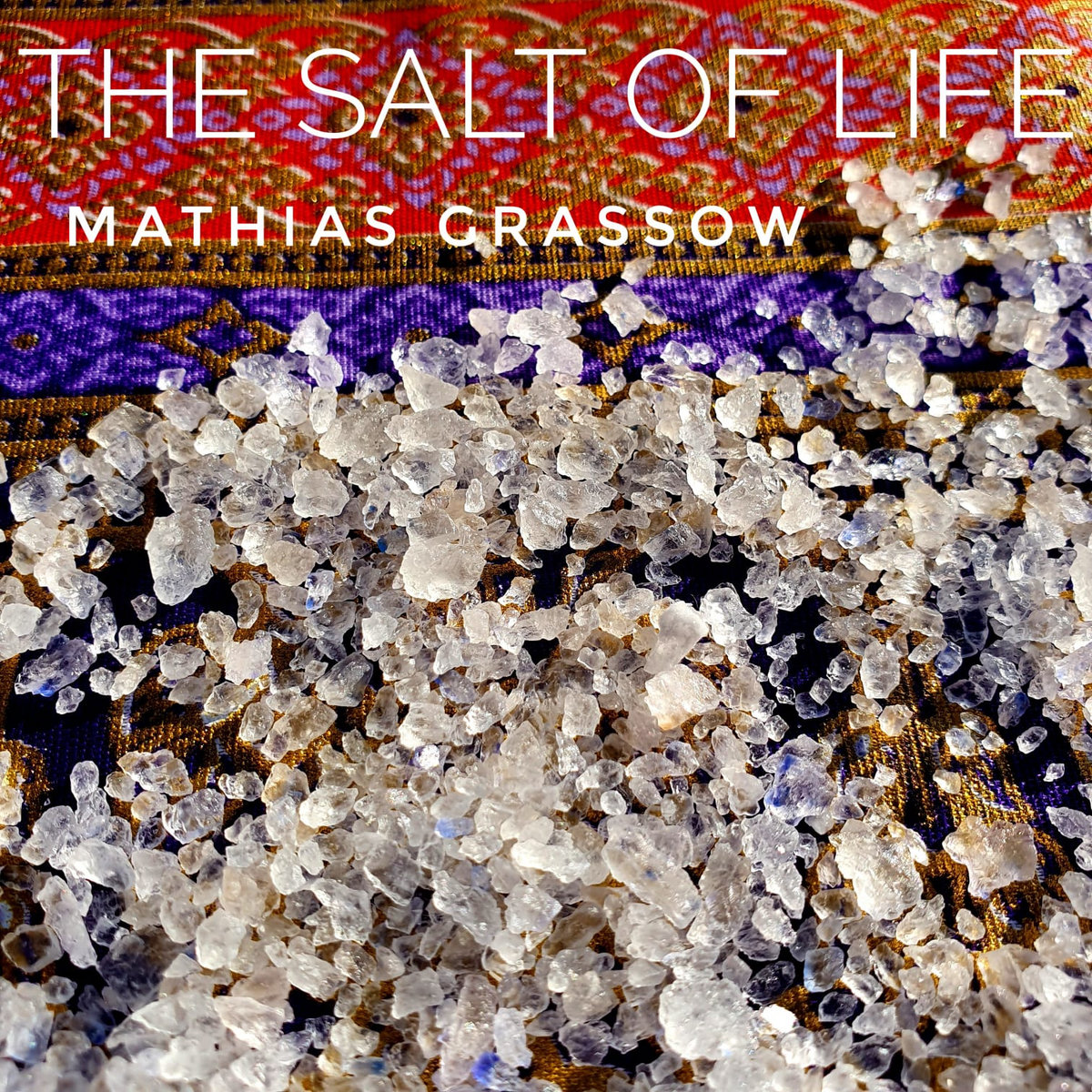 This is the original recording of the concert at Gut Saunstorf near Wismar on August 1st, 2020. The recording was not post-processed, but rather adopted due to the preservation of the highest possible authenticity with all background noises and errors in order to faithfully reproduce the great spirit of this event.
NOTE:
Tracks 1-7 were recorded directly in the audience with a TASCAM live recorder.
Tracks 8 & 9 are the same concert in only two parts - but here taken from the hall mixer.
So everyone has the opportunity to choose their personal version ......
credits
released October 2, 2020
Thanks to the whole team and organisators of the concert, you know who you are ! Thanks for the great support to my wife Cornelia Kern. 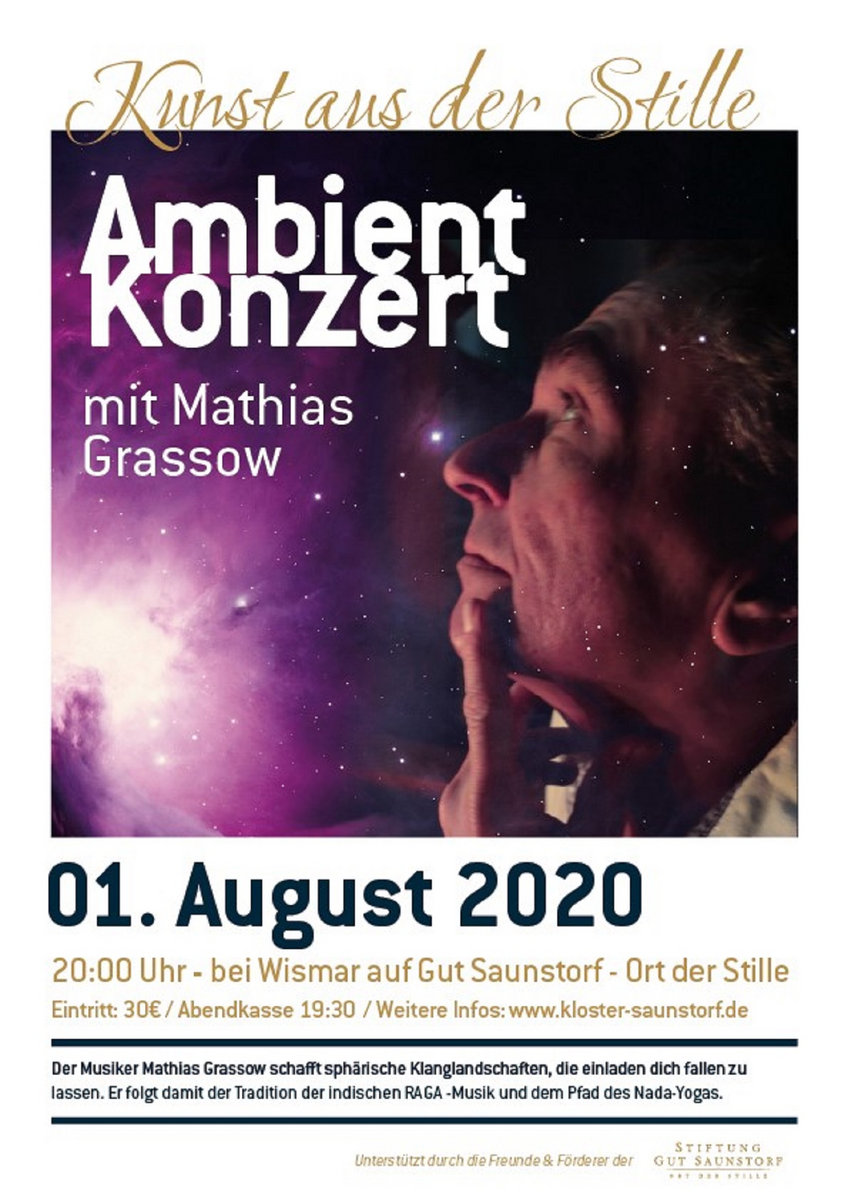 This new 80 minute album was created around the same time as "Bazaar" and can therefore be seen as a follow-up album and yet......it is different : Middle points here are also oriental instrumentation, whereby the hypnotic 5th piece represents the core of the mysticism of the Arab worlds and bridges this with the west and the typical "drone" music.

"Life is a kaleidoscope and we design its blaze of colors..."

Thanks to CORNELIA KERN for images, titles and cover-concept.

NOTE : Parts V & VI were played live during my forthcoming live album from "Gut Saunstorf" nearby Wismar in germany on 1st of august 2020.

I want to dedicate this album In memory of the "Hibakusha" - and all the victims of the atomic bombs dropped on Hiroshima and Nagasaki on August 6th and 9th, 1945. 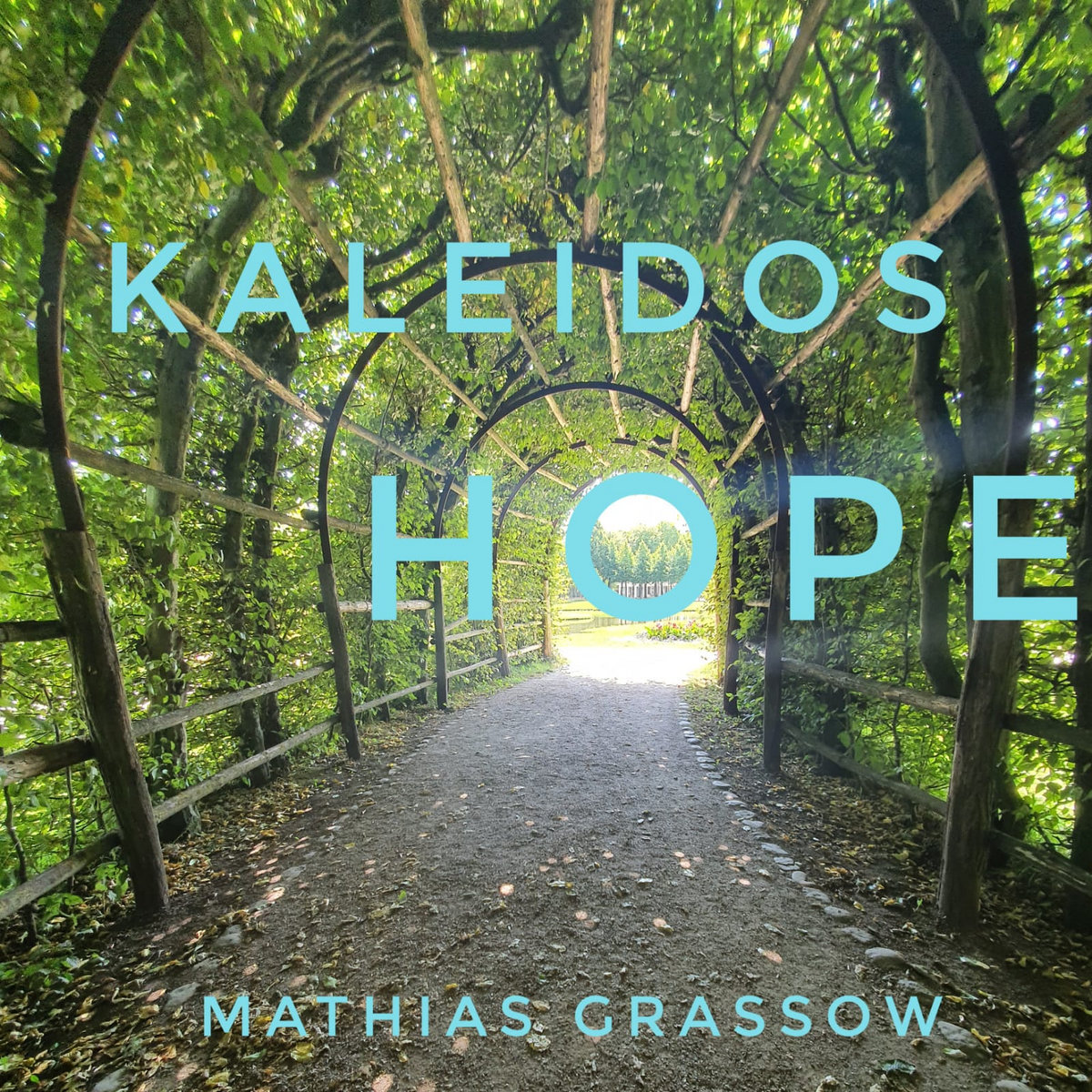 Aguilar is the Mathias Grassow archive Bandcamp artist site that my wife Cornelia runs and manages. There - and only there - you can get the exclusive "Mathias Grassow" archive series, starting in 1980 ....
The individual parts have a comfortable CD length, are mixed and mastered. According to the time, everything is a bow to the possibilities that existed at the time and is accordingly authentic. You can be happy to collect these series for an acceptable price.
Enjoy.
https://aguilar1.bandcamp.com

From the archives: Drone-Day - Mathias Grassow live in Wiesbaden 26th of may 2018

Live performance of the artist during the "Drone-Day" in Wiesbaden 26th of may 2018.

Recorded live at the Drone Day Event at Luisenforum, Wiesbaden, Germany, 2018-05-26
Mastered by HaDi Schmidt.
Aural clean-up by Michael Brückner.
Thanks to both of you guys !
Thanks too to Cornelia Kern for cover image, participation and support. 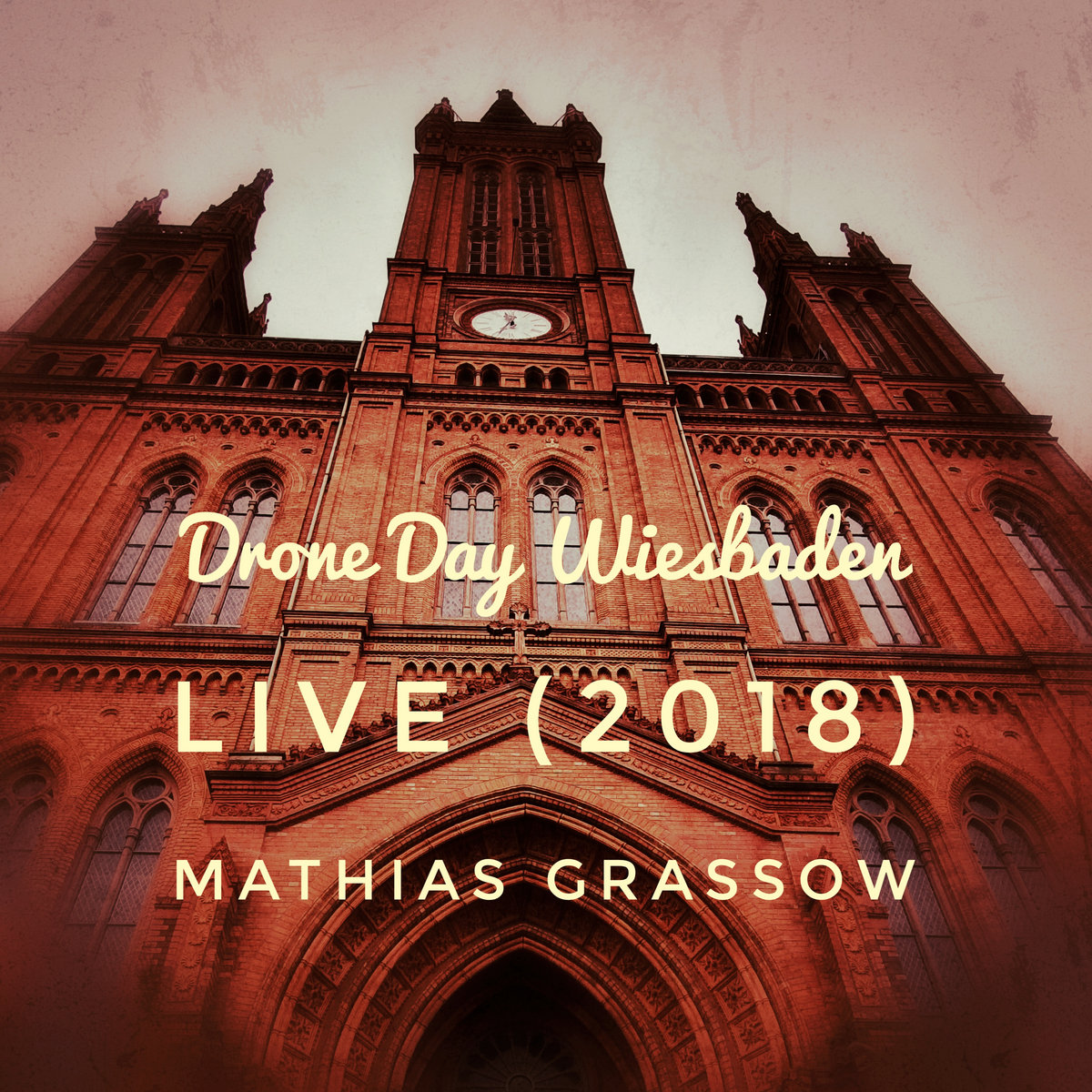 Mathias Grassow is one the leading figures of the "sacred" space music.
progarchives.com

Connect with Mathias on Hubzilla and become part of Mathias Grassow's 3rd Ear!

Mathias Grassow's 3rd Ear
Come and join us! (It's free!)
Not only will you be able to directly communicate with Mathias and other like-minded people from his audience, we are also planing some special activities such as releasing some exclusive content just for you. All you need to do is join.
And: We are not f*book. This means that we do not track, collect or even sell and commercialize your data. We strongly believe in privacy and your right to determine how much you want of it. You own your data. You even do not need to connect to Mathias through this Hubzilla hub. You can connect from any hub you want.

Mathias Grassow and Jim Cole have given us a modern masterpiece.
Bill Binkelman, Wind and Wire, as quoted on spectralvoices.com